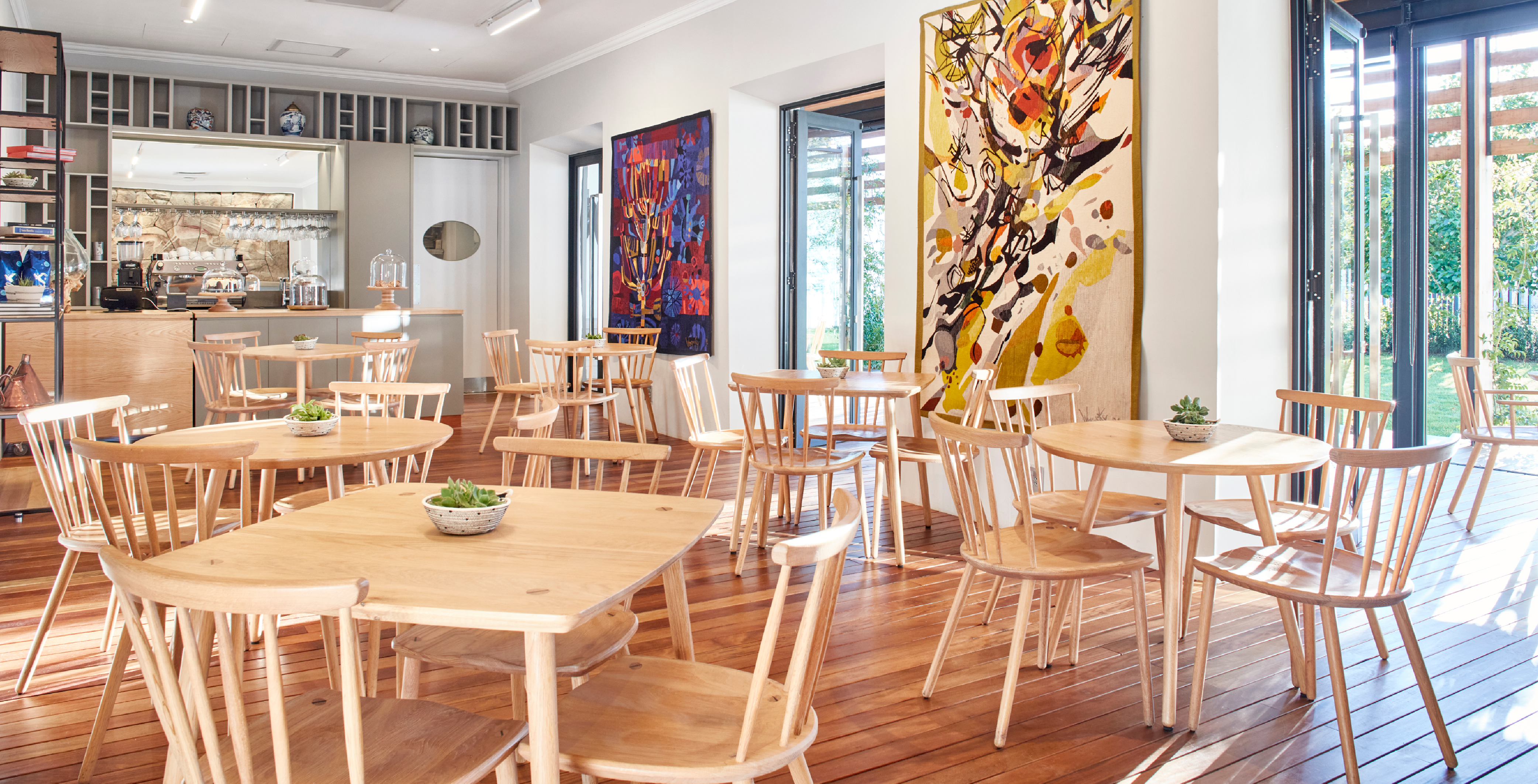 The Museum Café is the perfect place to enjoy a light meal or baked treats and a coffee after wandering through the exhibitions and garden.

The Museum Café is ideal for corporate dining, book launches or a private work function. If you would like to book for a smaller celebration, please get in touch for a quote tailored to your needs. We are able to create a bespoke menu specific for your event. The garden is also available for your event and extra furniture may be rented on condition it is in line with the museums aesthetic.

If you would like to make a booking for more than 6 people, please get in touch.
The Museum Café is closed on Mondays. 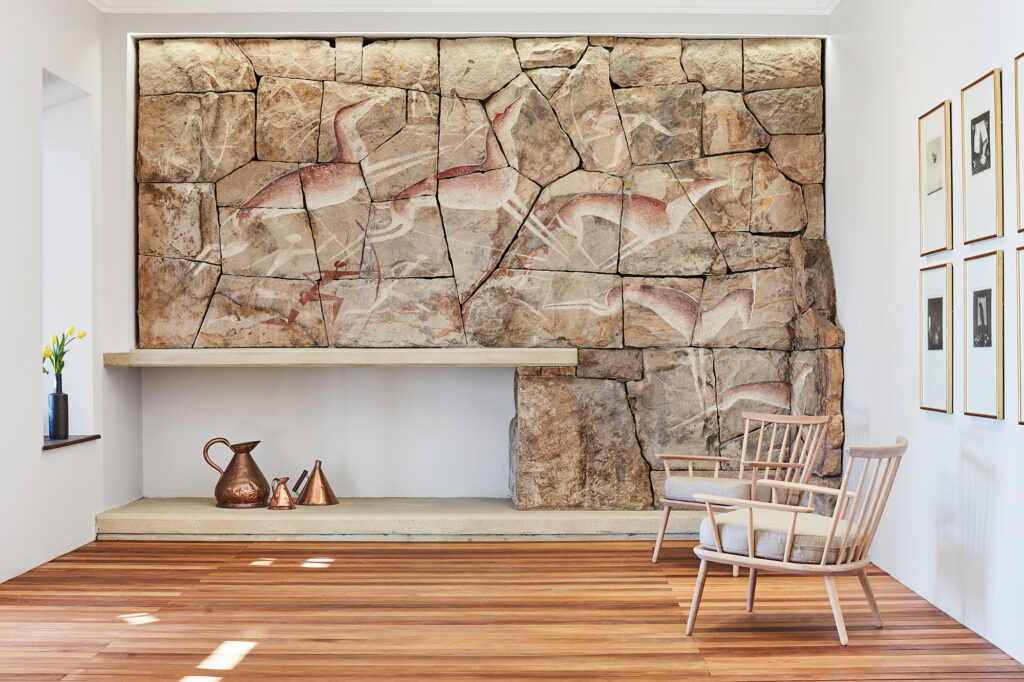 The original Tretchikoff Fireplace in the Rupert Museum Café.

Vladimir Griegorovich Tretchikoff was born in 1913 in Petropavlovsk, Russia. In 1917 after the Russian Revolution began, his parents and eight siblings fled to Harbin, in the Chinese part of Manchuria.

During the 1940s Tretchikoff’s faced major difficulty due to the war, not just in respect of his fruitful career but also in his personal life. Finally, in 1946 he arrived in the Cape to meet up with his wife and daughter, a country that became their home up till his passing in 2006.

After struggling to find his place in the South African art market, he held his first solo exhibition in 1948. Till the mid-1970s, Tretchikoff remained one of the most popular artists in the country especially in the Cape, as time passed his work got less and less attention and he settled into ‘retirement’ in his personally designed home in Bishopscourt.

A rock fireplace was one of the home’s most treasured design elements. Tretchikoff built and decorated the rock surface with both engraving and painting depicting scenes of Springboks and hunter groups, much like the San Rock Art found across Southern Africa. The subject matter is remote from the work this painter is known for and which adorned thousands of homes between the 50s and 60s, especially in reproduced form. Nevertheless, it opens a glimpse into the personal fascination and interest of an artist.

After Tretchikoff’s house was sold on the market, this fireplace was rescued from destruction and stored for safe keeping. The Rupert Museum now proudly houses the original Tretchikoff fireplace in our café.